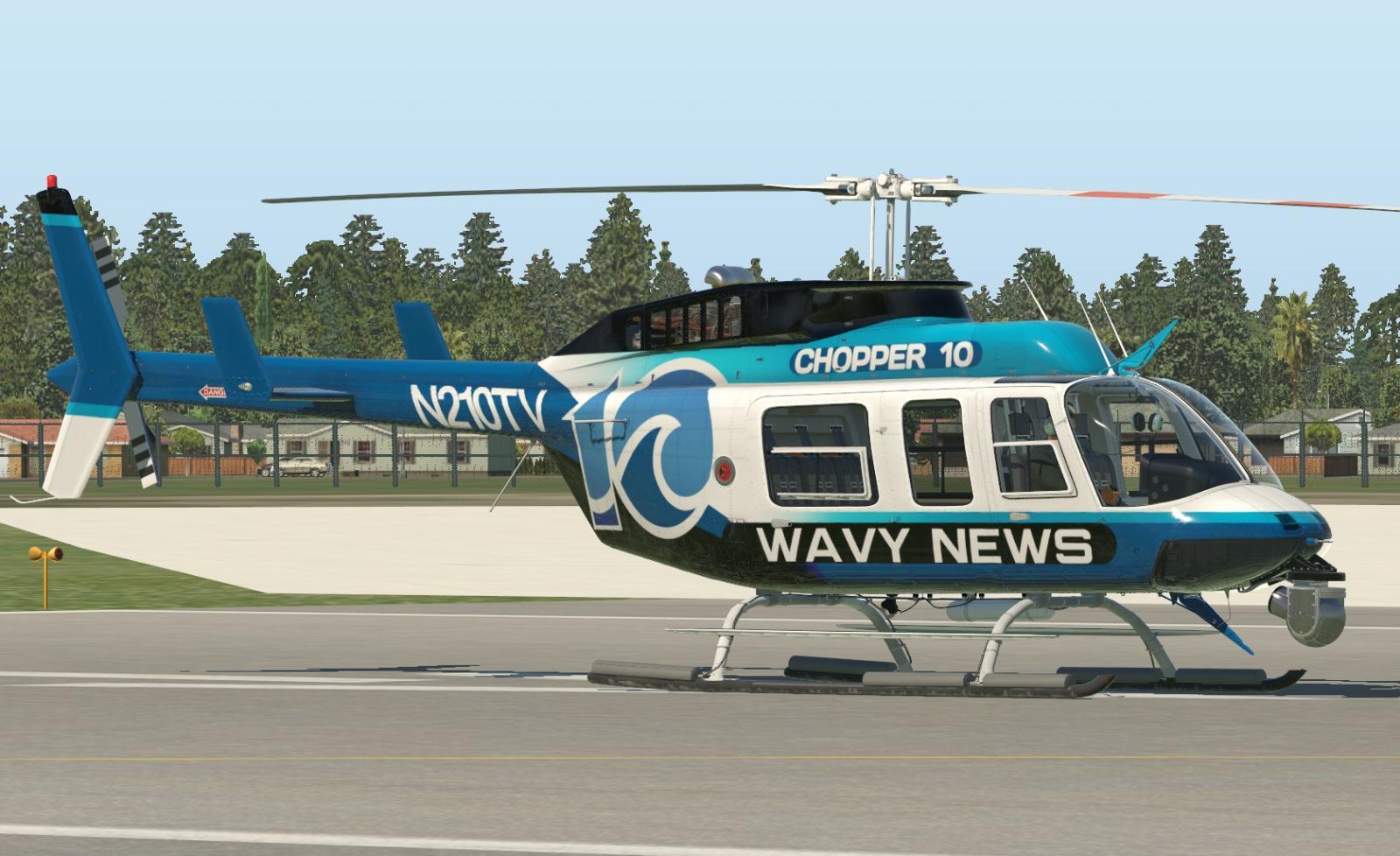 The stability augmentation system (SAS) is now available. SAS is an attitude-based flight control system that can be used to make flying the helicopter much easier. The SAS flight control computer controls servos for each pitch and roll axes. The system is custom modeled and coded to be as realistic as possible.

Sim pilots typically use two different types of hardware for the cyclic, whether it’s a table top joystick or a full size cyclic, the difference is spring or spring-less. Since it’s programmatically impossible to physically center the majority of spring-less hardware, such as a joystick/cyclic, SAS will hold the attitude the hardware is positioned to. If using a self centering joystick/cyclic (with springs), letting go of the grip will cause the helicopter will recover to a level attitude. These are limitations of most simulation hardware and apply to both SAS and Force Trim.

Along with SAS, the system also has an autopilot with HDG, NAV, SPD, ALT and VRT modes. There are two buttons located on the cyclic that work with the system, force trim release and autopilot disconnect.

There is a manual located in the “MANUALS” folder specifically for the SAS/AP system.

Everyone can thank Julien Lebrun for consistently contributing new liveries, amazingly detailed liveries. When I say consistently I mean he has been working on them every single day, just as I have with the development side. Big thanks to him. 🙂

This is an ongoing project and will be updated.