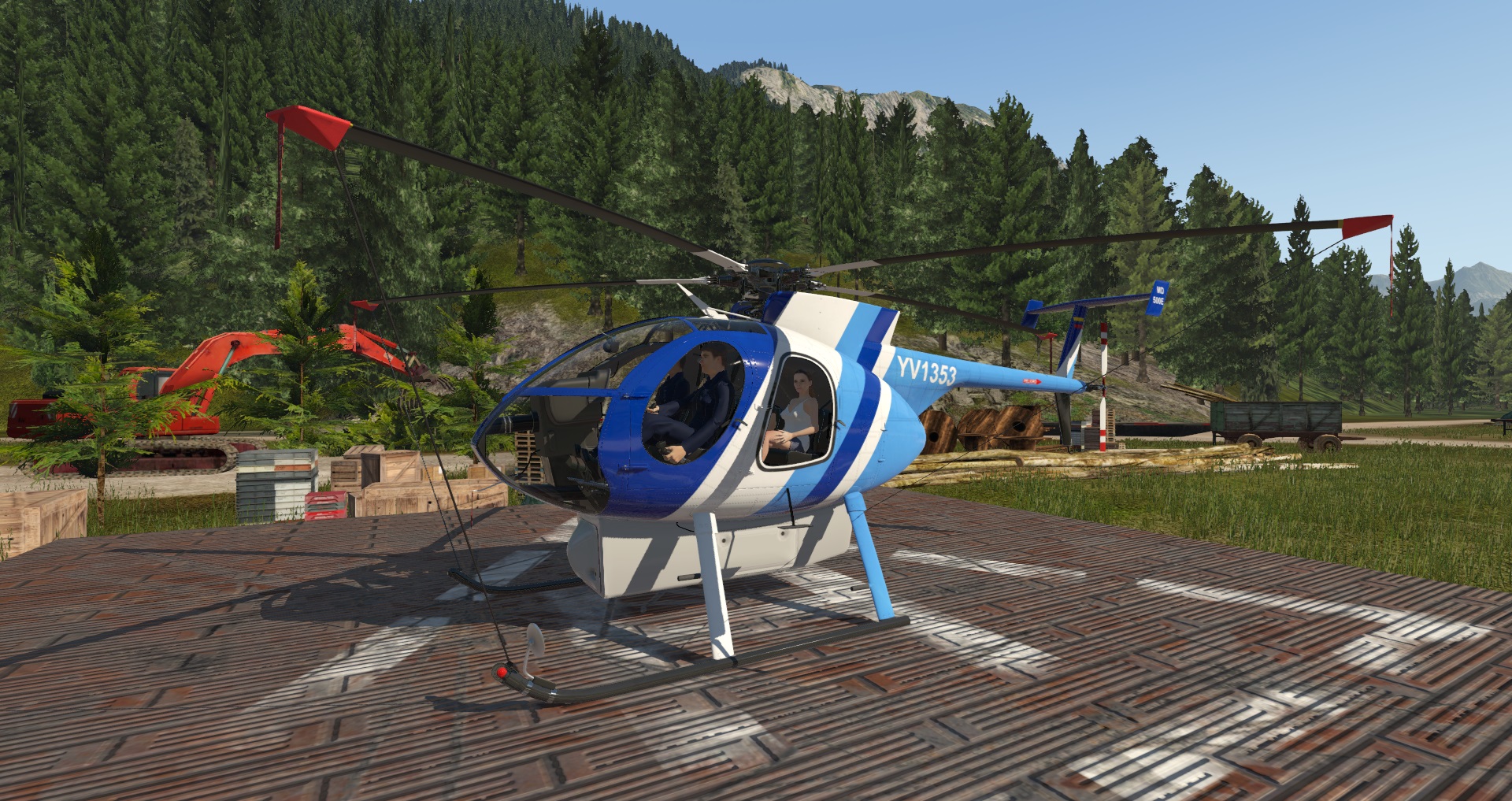 The fmod sounds got a huge makeover. One of the issues with the CowanSim 500E was muffled sounds. There was a high pass hiding in one of the main sound banks, essentially chopping off half of the highs. (same with the old 222 sounds) The entire fmod project was scrapped and brought back to life with several new approaches and sounds added. I would like to thank Matthias Postema for providing a few sounds, two of which I decided to mix in.

All brand new coding and works like the real machine. We are still using “wing sweep” for mapping hardware to “throttle”. The throttle will stay at or above idle until you click the idle stop ring. The RPM inc/dec switch works smoothly now. This is a big step up from what we are used. Hope you all like it.

You can find a utility inside of the configuration manger that’s for calibrating different kinds of hardware throttles. Some hardware throttles have idle stops that work just like the real machine. They have a mechanical ring to release the throttle. Some have a switch that can be mapped to the idle stop command and some do not. Every piece of hardware out there has a different value between 0 and 1 where the stop locks into place. The virtual throttle’s idle used to always be set at .28 but now you can change that value with this feature and select whether or not to automatically release it. Instructions are in the config menu.

The main rotor system is fully modeled and animated. The stationary swash plate and mixing unit were all missing in previous versions. That is all there now and the trigonometry for the system is finished.

NOTE: Since the rotor textures are new then all liveries must be updated if the rotor texture was edited. This will happen from time to time if you are editing things outside of the paint kit.

One thing a lot of people noticed right away was that the skids were too vertical. They are now angled out and look much better.

You can turn on this feature by going into weight and balance then selecting sling object. Inside the “SLING OBJECTS” folder you can select the item you wish to be on the end of the cable. A huge thank you to Joe Hudson for providing his modeling & textures of the kit, the hook and mechanical release on the cyclic. Also, thank you for testing v1.20!

Added some more modeling, the center window column rail and moved the bottom one to the correct position.

Added the ability to remove doors individually on the 2nd page of the configuration menu.

The mapping of the glass was not in the correct position and produced an odd result. Fixed.

All three of the gauges were calibrated at max weight and are now more accurate.

Updated and added several textures & PBR inside and out.

Added the missing inlet barrier filter up on top behind the main rotor system.

There were some issues with the HSI so it was transferred over from the 206B3 and should work as intended now.

There were quite a few liveries added to the package. We decided to stop at 50 for overkill reasons. If for some reason you don’t want tons of cool liveries then you can open up the “liveries” folder and delete them. Simple.

The paint kit was upgraded and a paint kit for the cargo pod was added to the package. Thank you Pasiel J for your help. The new kit is amazing.

All options are added to the persistence script so they will be saved between your sim time.

The manipulator settings inside of the “500E_vrconfig” file in the main directory needed a change to work properly. This only affected users who were not use a physical joystick or cyclic, but using only the VR controller to grab the virtual cyclic to fly.

The ADF power was configured improperly and would not come on with the battery toggle.

This was just a visual flaw. If you were using a physical hardware device to control the twist throttle then when moving through max rotation the animation would flicker.

Initially this was thought to be a draw order issue but it turns out the strobe was not connected to the beacon light toggle.

Fixed Anti Collision and Position lights that were backwards.

Fixed the save button in the VR config menu.

Switched fuel cut off valve to be closed (IN) by default.

Adjusted fuel cut off on throttle.

Center window framing, windows, trim all narrowed. It was too wide.

Several flight model changes. The Floats have drag when active and 0 drag when not active.

Hope you all enjoy the first update!

Hi everyone. I just wanted to touch base on change-log and updates info for the 500E.

There are some minor bugs that affect a small percentage of users right now. The fixes will be in the very first update.

We want updates to have some weight to them so it will be a bit before these items are fixed and much more is added. No date but I will say soon. I hope you enjoy the helicopter as much as I do. She has a bright future. Stay tuned.

This is an ongoing project and will be updated. More additions to come, like pilots and many other options. Thank you for your support.